Some of you may know what I am talking about, a lot of you may not. Serial is a podcast that aired sometime in October this year, reporting and re-investigating the murder case of an 18-year-old high school senior named Hae Min Lee in the suburbs of Baltimore in 1999. I stumpled upon the show through facebook and when lying in bed with a cold a few weeks back, I got so hooked that I listened to all episodes in a row (I think it was six at the time). Ever since, I have re-listened countless times while sitting in my kitchen office editing photo jobs and have been super excited for every new episode airing on thursday (“Is it thursday yet?”).

The last episode dropped yesterday and I am left puzzled and unsatisfied (have listened three times, I think?), even though I think the show did an amazing job story-telling wise and the ending was conclusive. They couldn’t prove if Adnan, Hae’s ex-boyfriend, who was convicted of the murder and is serving a life sentence in Maryland, did it or not. Or better said: they developed reasonable doubt of him being guilty during 12 episodes of the podcast, but hence they couldn’t prove his innocence. It seems as if their digging into the case raised even more questions (not only about the case itself but also about the investigation, the witnesses, the trial, the attorney and the conviction) and was unable to give definite answers to almost anything.

Why did this touch me so much? Why did I get so hooked? Why are my thoughts circling about this stuff at least 50% of the day?

Because I feel like this could have all happened to MY friends.

In 2001 (yes, I know that 2001 isn’t exactly 1999, but whatever), I was an exchange student in a small town very close to Woodlawn, where Hae and Adnan and their other friends went to High School. So close that almost every small town, or highway, or mall, or any other location in the podcast is familiar to me, because I’ve been there, I’ve driven past, I’ve seen them on street signs, or at least I’ve heard of. While this whole case took place at the very southern tip of Baltimore County (see map below), we lived and loved at the eastern edge of Montgomery County, just by the border to Prince George’s. Driving from my high school to Woodlawn High School would have taken around 30 minutes by car, and believe me, we drove around a lot. American (or rather suburban Maryland) teenager’s life as described in the podcast sounds pretty much like my life back then. I knew someone who was a bit like Hae, like Adnan, like Jay, like Stephanie, like Jen, like “Cathy”, like Patrick, and like all other people in the podcast, pretty much. I’ve been to the malls in that area, I have had sex in the car in hidden parking lots to hide it from the parents, I have been the person being passed out on the floor asking my friends “How do I get rid of a high?” (very rarely, but yes). I might have even heard of this murder (I am not sure though), but at least I am almost certain I heard of the Justin Wolfe case that happened during that time in another county close by and that also got mentioned in the podcast. Also, I was living in the same house with a young guy who eventually got convicted of a murder in Baltimore and who I am not sure is really guilty but also couldn’t say that he is innocent. I just don’t know. And yes, I lived in the outskirts of Silver Spring, where Nisha, the “smoking gun” of Serial lived and apparently went to high school. 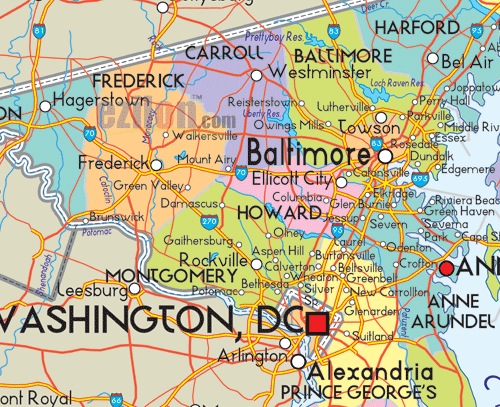 I have read and heard a lot of clatter online of people talking about that a lot of what these kids apparently did at the time seemed unlikely and unrealistic. That kids in magnet programs didn’t smoke pot, or that people wouldn’t lend out their cars and cell phones to other people. But, believe me, they did. I knew people whose favourite sport was shoplifting and who were still honor roll students. Even kids who didn’t have “immigrant parents”, were hiding A LOT of what they did in and after school from their parents. People lied all the time. Most of the guys (and some girls aswell) my age that I knew were at least minor pot dealers (as Jay was described), some of them even on a bigger scale (more into the Justin Wolfe direction), many of them had been arrested before and almost all of them hated and/or were afraid of the police. A lot of the kids I knew went to church (or mosque, or synagogue, or temple) with their parents, but that didn’t mean they weren’t drinking or smoking or running from cops on saturday nights. I know a number of people who got in terrible car accidents because they were driving drunk and I know of at least two kids being shot in the area around that time (I think one of these stories might have been connected with the Justin Wolfe case, but I can’t be sure about this).

It’s an area that might be a bit rougher than others in that country. The Baltimore and DC area has some of the highest crime and murder rates in the United States. Criminal activities seem a lot more normal than in some other states, and especially compared to Germany, and even more if you consider that I grew up in a pretty boring and safe town. I had never heard of any violent crime, except of maybe a minor fight in school or a house robbery, before I arrived in Maryland at age 17. Whereas there, bloody fights, drugs, thefts and especially a general fear to become the victim of any kind of crime and a widespread mistrust towards police were pretty much a daily business, even in my closer circles. And while in the beginning, when I got there, I was like “holy shit” – after a while it just became very normal, even to me.

I tell you all this because I want to explain why the story hooked me on such a large-scale. Why I simply couldn’t stop listening anymore. Why I dug deep down into subreddits and blogs (1 2) and podcasts or 2hangouts about the podcast. It just really feels like these are my friends from back then. Their gossip. Their fears. Their breakups.

So, what do I think of the case? I strongly feel with Adnan. I think he might be innocent, but I wouldn’t and couldn’t say that he really is. I like the person I got to know on the podcast, his “dairy cow” eyes, his holding back of accusing others (in words: Jay), his passion for humans and food, the way (he says) he handled the breakup with Hae, the way he (apparently) treated others at school and in his community, I like the way he talks and his diction, his compassion and care. Does this mean he is innocent? Definitely not. But was his conviction a huge mess? Definitely yes. I have heard of court cases in Baltimore at the time and they have given me shivers before I ever heard of this particular case. Unlike the defendants of those cases, Adnan did have a highly reputable lawyer. But at the time of his trial(s), it seems she had “lost her magic” due to declining health, and might have actually screwed it up completely. “Bring me $10.000 in cash to the courthouse”? Yeah right. Ehrm.

I do not have a conclusive alternative theory, and I am SO much of a subjective, emotional person that even if I did, it would be far away from objective, but I believe that people only belong in prison if they are guilty beyond a reasonable doubt. I can sport the possibility that Adnan is entirely innocent and that Jay was pretty much scouted by the police so they could lock someone up and close the case. I also am able to imagine that Adnan killed Hae in an act of passion, in an argument of some sort. Or possibly Adnan and Jay doing this together, but I just have no clue why this would have happened, especially considering they weren’t even very close friends. What I can’t see is a cold, cruel murder that was planned, an honor killing almost, as the prosecution accused Adnan of. Even with the unlikely motive of Adnan’s jealousy of Don, this seems extremely far-fetched.

I do have my moments where I pause and think: It was him (Adnan). Clearly. But was there enough evidence to convict him of first degree murder, a life sentence plus 30 years? No way. There was no evidence. The only evidence was Jay. All forensics didn’t match (except of Adnan’s partial palm print on a map in Hae’s car, where he certainly had been in many, many times).

Out of all clutter on the Internets, I found this document of Adnan’s appeal in 2002 most interesting. While it gives a lot of answers that the podcast did not answer (such as: Were his clothes and boots tested? (YES! No match.) Did the hair found on Hae’s body match him? (No! It didn’t.)), it gave details and insights of the court trials and it also gave me the last names of everyone involved (which I am not sure about is really good, but damn, I had looked for these for so long to get a picture in my head…). There are many misspellings, but the document opens the case and the key figures a lot wider than the podcast ever did, or anything else I have found so far. The story is definitely put together in favour of Adnan, as it was written by his lawyer at the time, but it pretty much just summerizes all of the evidence that’s there.

So, any other German Serial listeners out there? Who’s on Team Adnan with me? And who believes Jay? May the innocence project figure anything out about a serial killer?! (I actually do think that’s possible!) I really rarely get hooked to anything, but if I do, it apparently really gets this bad. I just wish there was another episode next thursday.